Custom Made Stickers: How They Help Promote Your Band

Making a name in the music industry is not an easy thing to accomplish. It takes a lot of promotion for people to get to know a talented band. Funds can be a great concern for a lot of rising musicians. As a great marketing tool, using custom made stickers is one of the cheap ways to get a band noticed and remembered. It is a basic and old promotional strategy that still works. Here are some ideas on how stickers can promote the band.

Where to place custom printed stickers

Once printing attractive stickers that reflect the band’s music and personality, stick some of them on all the band’s stuff. All band members can place them on guitars and other musical equipments. Place them on instruments’ cases and trunks. By doing this, you are not only making th gear or stuff stand out from others, but also getting the band’s name noticed publicly. When there is a gig, people will easily recall the band’s name when there are striking stickers.

Give out custom made stickers to fans

One way to expand a fan base is to give some stickers out to people. Non- profits do this all the time. Vinyl stickers are great to give away because they are durable, so fans can use them anywhere such as on walls of their establishments, on their car bumpers, and other places outdoors without being damaged quickly. The band will surely get the much needed exposure once the fans start using these stickers especially outdoors. You can also give them out as freebies when people buy the album or any other merchandise that the band is selling.

Other creative means of giving out custom stickers

Leave a sticker along with a waiter or server’s tip. Do this whenever dining out, go to coffee shops or go to clubs and bars. Be-friend them and inform them of the band’s gig. Most of these people are updated and interested in new music and they can help spread the word about the band. Use stickers which have the website, facebook, or twitter account printed on them, and convert them into business cards. Give them away to the first few people who bought tickets to the show or made online reservations. Pin a couple of them onto bulletin boards, give them out at a concert of a band you sound similar to. Use creative techniques to get the band name out there.


Sell stickers online to fans or at booths during music fests. Also sell them at the venue where the gig will be because fans love to bring home souvenirs. It is easy to sell them because they are relatively cheap. Also give them as a thank you gesture to those supporters who donated on the website. Have a distinct logo and an interesting design so people can easily ascribe the band to such sticker. Also have sets of stickers printed in limited edition. For sure the fans will hurry and collect them before they go out of stock.

Remember, promoting the band is just like promoting a product.

I really like working with Nova so far. I work in cosmetics and we have consistent labeling needs and often urgent deadlines. They have short lead times, are very professional and detail oriented. Definitely recommend as I'll continue to use them for future orders.

You are amazing to work with– very responsive, quick turnaround, and great attention to detail. Thank you so much!

Approached Nova with a rush job for our respirators and they delivered. Michael is really easy to work with and made sure all our requirements were met for this job. Turn around time was what we needed and the quality of the labels were great. 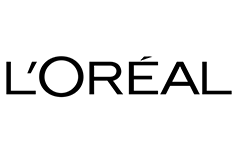 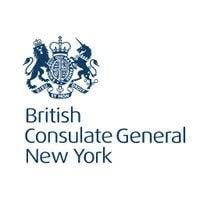 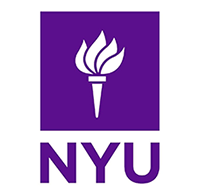